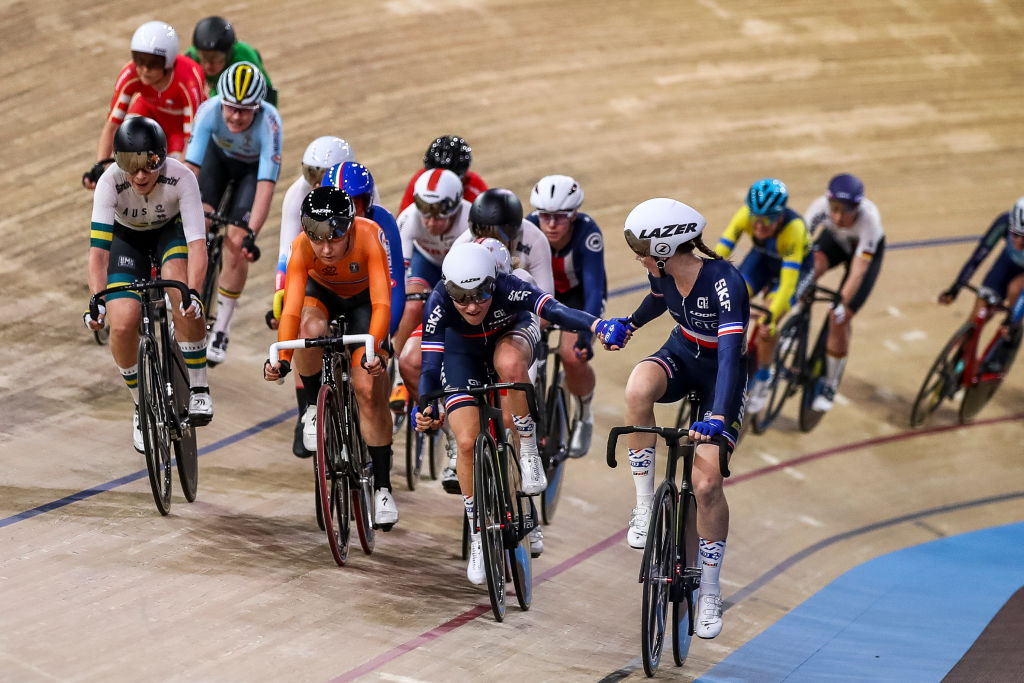 Action on the Izu Velodrome for the world’s best track cyclists begins August 2 at the Tokyo Olympic Games and will continue for seven days. Track dominates the cycling programme at the Tokyo Olympics with 12 out of the 22 events, now with BMX, mountain bike and road medals decided.

Track cycling was first held at the first modern Olympic Games in Athens, Greece in 1896, contesting the Individual Sprint. In fact, all track racing was contested by male athletes only until 1988, when the women’s Individual Sprint was held.

Track events are categorised as either endurance or sprint. The sprint events include the Team Sprint, Individual Sprint and Keirin; and endurance includes the Team Pursuit, the Omnium and Madison.

Monday’s schedule leads with qualifying, successive heats, and finals for women’s Team Sprint. It is one of the fastest and most thrilling cycling events at the Olympics. The men will hit the track for their rounds to medal glory in the Team Sprint on Tuesday, as well as all rounds for women’s Team Pursuit.

The Tokyo Games will make history with the first Madison races for women, which will be held August 6. There will be three gold medal decided on the final day of racing with the Keirin for men, and Individual Sprint and Omnium Points for women.

Track cycling delivers a pure adrenaline rush for athletes and spectators alike, but the action isn’t always about going fast. There can be track stands – when riders hold a position without rolling backwards and arm slings – when riders grip hands and the front rider hurls the trailing rider forward. There are various coloured bands on the wooden floor which act as ‘lanes’ for the riders to adhere to depending on the event, from where exchanges can be made to place where times are scored.

As the lead-off event, the team sprint begins with two teams on the opposite sides of the track, a pair of three-cyclist teams for men, and two-cyclist teams for women. After every lap the lead rider peels away, allowing the next rider to continue the forward momentum and attack the air resistance. The race is decided by the finishing time of the team’s last rider.

Want to learn more about each track discipline and who to watch in the races? We have you covered with summaries for each exciting event, as well as a schedule below of when races will be held. See the lists below and click on the links for all the information.