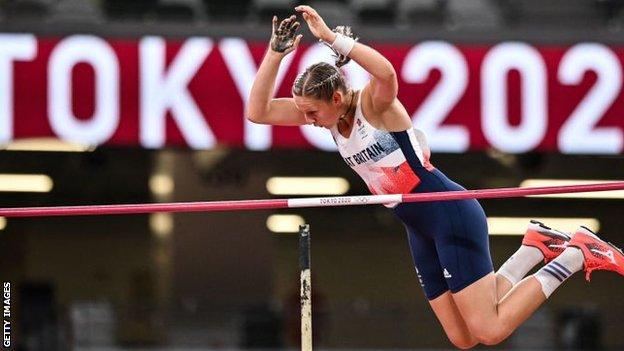 The 29-year-old, who finished fifth and sixth at Rio 2016 and London 2012, edged out defending champion Katerina Stefanidi as she cleared 4.85m.

The Chorley athlete looked initially disappointed, having cleared 4.90m in June for a new personal best, but was soon wreathed in smiles as she was congratulated by coach Scott Simpson at trackside.

Bradshaw’s medal is Great Britain’s 51st in Tokyo, equalling their total from Beijing 2008 with another three days of events to go.