Tadej Pogacar to skip Vuelta a España with eye on Worlds 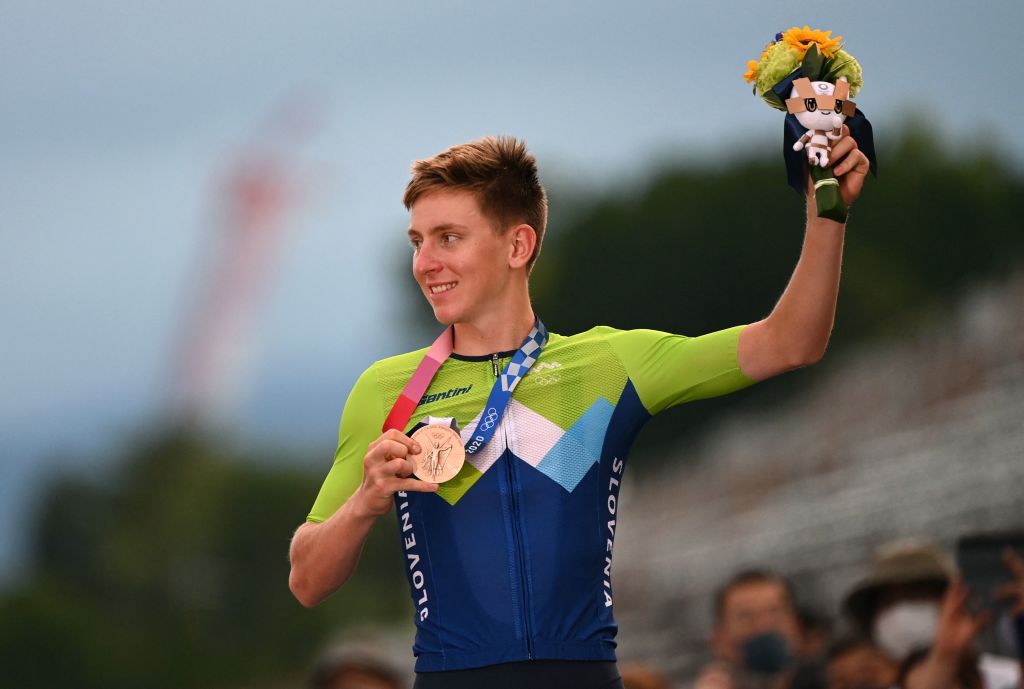 Tour de France winner Tadej Pogačar will not contest the upcoming Vuelta a España, the Slovenian announced on social media on Thursday.

Pogačar, 22, won the bronze medal in the Olympic Games road race behind Richard Carapaz (Equador) and Wout van Aert (Belgium) and has decided to rest rather than plunge into another Grand Tour.

“I’m back on the bike after a few amazing weeks,” Pogačar said in a video. “A little rest after Tokyo. With the team, we decided not to ride the Vuelta unfortunately. For sure I’ll be back pretty soon in Spain in the Vuelta.”

In his neo-pro year with UAE Team Emirates, Pogačar made his Grand Tour debut in the Vuelta a España in 2019. Just 20 at the time, he impressed with mountain stage victories at Cortals d’Encamp, Los Machucos and Plataforma de Gredos and finished third overall behind compatriot Primož Roglič (Jumbo-Visma) and Alejandro Valverde (Movistar).

Although he won’t race the Vuelta, Pogačar still has important races on his calendar before the close of the season, including the Bretagne Classic in Plouay on August 29, the European Championships in Trentino on September 12, the UCI Road World Championships on September 19-26 and Il Lombardia on October 9.

One could argue Pogačar’s season has already been quite interesting. He won the UAE Tour in February, Tirreno-Adriatico in March, finished second overall in the Tour of the Basque Country before winning Liège-Bastogne-Liège, his first Monument. He then took a break before coming back with a victory in the Tour of Slovenia before dominating in the Tour de France, winning three stages and the overall by more than five minutes over Jumbo-Visma’s Jonas Vingegaard.

He also signed a new contract with UAE Team Emirates that secured his future through 2027. But there’s no resting on his laurels. Head directeur sportif Allan Peiper told Velonews that the team wants to keep racing interesting for Pogačar, and that might include a tilt at the Giro d’Italia in the coming years rather than a singular focus on the Tour de France.

“It’s an important thing for some riders, and especially for riders like Tadej, guys that like to race … they need new goals,” Peiper said to Velonews.

“As long as you keep that fun element in there, so then racing doesn’t become a chore. The strongest point in his arsenal is that he’s relaxed and he doesn’t let things get to him. We want to keep it like that.”

Most likely, Pogačar will race only one Grand Tour in 2022, that being his Tour de France defence but he could try for the other Grand Tour titles down the road.

“Tadej’s said he’d like to ride the Giro – he finds it a lovely race and he will do it sometime soon,” Peiper said. “But he’s still young. There will come a time where he’ll probably do two Grand Tours in a year and we’ll have to taper his program so it’s not too loaded.

“Doing the Giro and Tour sees to be a thing of the past because they’re so close together and the races are so intense – so it would likely be the Giro and Vuelta.”