With a huge winning throw of 23.30m, Ryan Crouser came within just 7cm of his own world record in the shot put final in Tokyo on Thursday lunchtime.

The 28-year-old American won’t mind, though. He successfully defended his Olympic title – winning the crown by more than half a metre against a quality field – and he did it with an Olympic record that might survive for quite a few years.

Crouser was one of the hottest favourites of the Games and he lived up to the billing in emphatic style. His series was ultra consistent and his rivals simply could not match it. 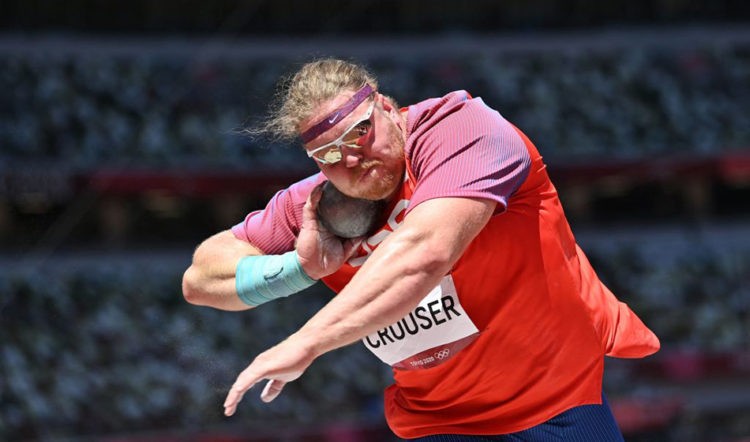 “By the time you get here, the work is already done,” said Crouser. “I’m training hard because I know Joe is training hard. We left some great throwers at home. Everyone knows how dedicated everyone is – it definitely leads to some far throws.”

He added: “My mindset was really good going in. Practice went really well, so today it was a lot about heat management.

“We knew it would be a long competition and we knew it would be hot. The key was getting a big one early. I managed to do that. I had solidified the win by the end so I got a little more aggressive and chased that bigger throw and finally connected with it.”

Darlan Romani of Brazil was fourth with 21.88m and Zane Weir of Italy fifth with 21.41m.