IRVINE Calif. — Quarterback Matthew Stafford hit Darrell Henderson Jr. for a short completion, then the Los Angeles Rams running back bolted downfield, weaving his way between defenders for a long gain as fans lining the fences began to cheer.

The following series, Stafford handed off to Xavier Jones, who bounced through a hole to his right, then sprinted into the open field.

Seven practices into training camp, including two workouts in pads, marked positive progress for a running backs group that has much to prove on an otherwise Super Bowl-caliber team.

Stafford and the Rams were dealt a serious blow a week ahead of training camp when rising star Cam Akers ruptured his Achilles tendon while working out, which will cause him to miss the season. 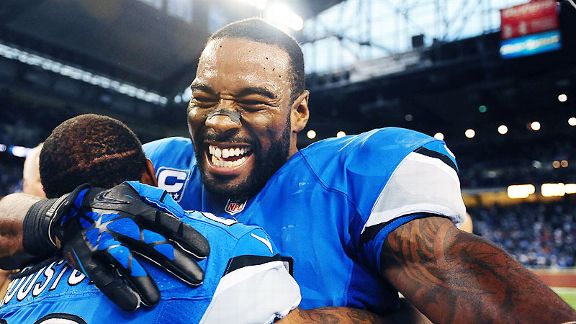 But with the season opener against the Chicago Bears on Sept. 12 creeping closer, there’s no time to lament the loss. Instead, the Rams have to figure out: Who do we have and what are they capable of?

A third-year pro, Henderson has stepped into the starting spot. When the Rams selected Henderson from Memphis with a third-round pick in 2019, coach Sean McVay called him a change-of-pace back.

But now Henderson must be an every-down back, something he hasn’t done since high school.

“He’s got the ability, there’s no doubt about it,” said McVay, who’s led the Rams to three playoff appearances in four seasons as coach. “It’s really just kind of figuring out what’s going to be the best, I don’t want to say pitch count, but the best way to utilize him and really have the big picture in mind.”

Talent is not a concern with Henderson, who has rushed for 771 yards and five touchdowns and has caught 20 passes for 196 yards and a touchdown in two seasons.

He’s proven himself as a pass catcher, runner and blocker in pass protection.

“When he has been able to play, he’s done so many good things and he’s got a good look in his eye,” McVay said.

However, Henderson’s durability is a concern, as he’s developed a knack for attracting bumps and bruises in two seasons. They’ve sporadically sidelined him and have ended his first two seasons prematurely, as he was put on injured reserve in Week 16 each season with ankle injuries. Both injuries required offseason surgery.

“What our biggest challenge is not figuring out if he’s capable of doing it, it’s finding that sweet spot of, all right, how do we maximize Darrell Henderson, while also getting some of these other guys involved in and figuring out what is that touch point to keep him healthy throughout the regular season and a big part of our offense, which he’s going to be,” McVay said. “But it’s never been an ability, it’s just, ‘Is he available?’ because the guy’s a baller.”

“At this position, there’s no way to prevent injuries because you’re getting hit every play,” Henderson said. “This is a physical position to play and you got to be ready for it. You got to be prepared mentally and just be ready for it all.”

Following Henderson are several undrafted free agents and seventh-round picks who have no NFL game experience but are battling for what could amount to significant playing time: Jones, Jake Funk, Raymond Calais and Otis Anderson.

“They’ve done a good job,” McVay said. “I’ve really be encouraged with what I’ve seen from Xavier. I think when you look at Jake Funk, he’s shown good maturity, Calais had a couple of nice runs out here today. Otis Anderson is a guy that, he’s got some skills.”

An undrafted free agent in 2020 from SMU, Jones began to make an impression in practices late last season and that momentum has carried into training camp.

“I feel a lot more comfortable with the playbook, the game is slowing down,” said Jones, who was mentored as a rookie by former Rams veteran back Malcolm Brown, who also climbed the depth chart as an undrafted player. “So I’m having a lot more fun and it’s a big opportunity.”

The NFL regular season is just around the corner. Here are the biggest questions and roster projections for all 32 teams. Read more »
• Full 2021 schedule | Depth charts »
• Transactions | Injuries | More NFL »

A seventh-round pick from Maryland, Funk expected to contribute on special teams as a rookie, but instead has been thrust into several reps with the offensive starters, something he’s attempting to approach in a mature manner.

“Yeah, there’s an opportunity when another running back goes down, but I don’t look at it that way,” said Funk, who overcame two ACL injuries to be drafted. “I come into the building with the same mindset every single day and just focus on me and try to be the best version of myself.”

When Stafford arrived in L.A. this offseason, he expected to have support with a strong run game — something that was mostly absent during his 12 seasons with the Detroit Lions. During his time in Detroit, Reggie Bush was the only running back who rushed for more than 1,000 yards in a single season (2013).

As the Rams work through what’s becoming a monthlong tryout to determine the backs behind Henderson, Stafford’s remained positive on the running back outlook and has expressed confidence in what he’s seen.

“Everybody’s looked good to me, to be honest,” Stafford said. “It starts up front with the guys doing a great job targeting the runs and then hitting their blocks and combinations and going. Those guys in the backfield do a great job of trusting their eyes. Sean does a nice job of scheming up some great runs.”