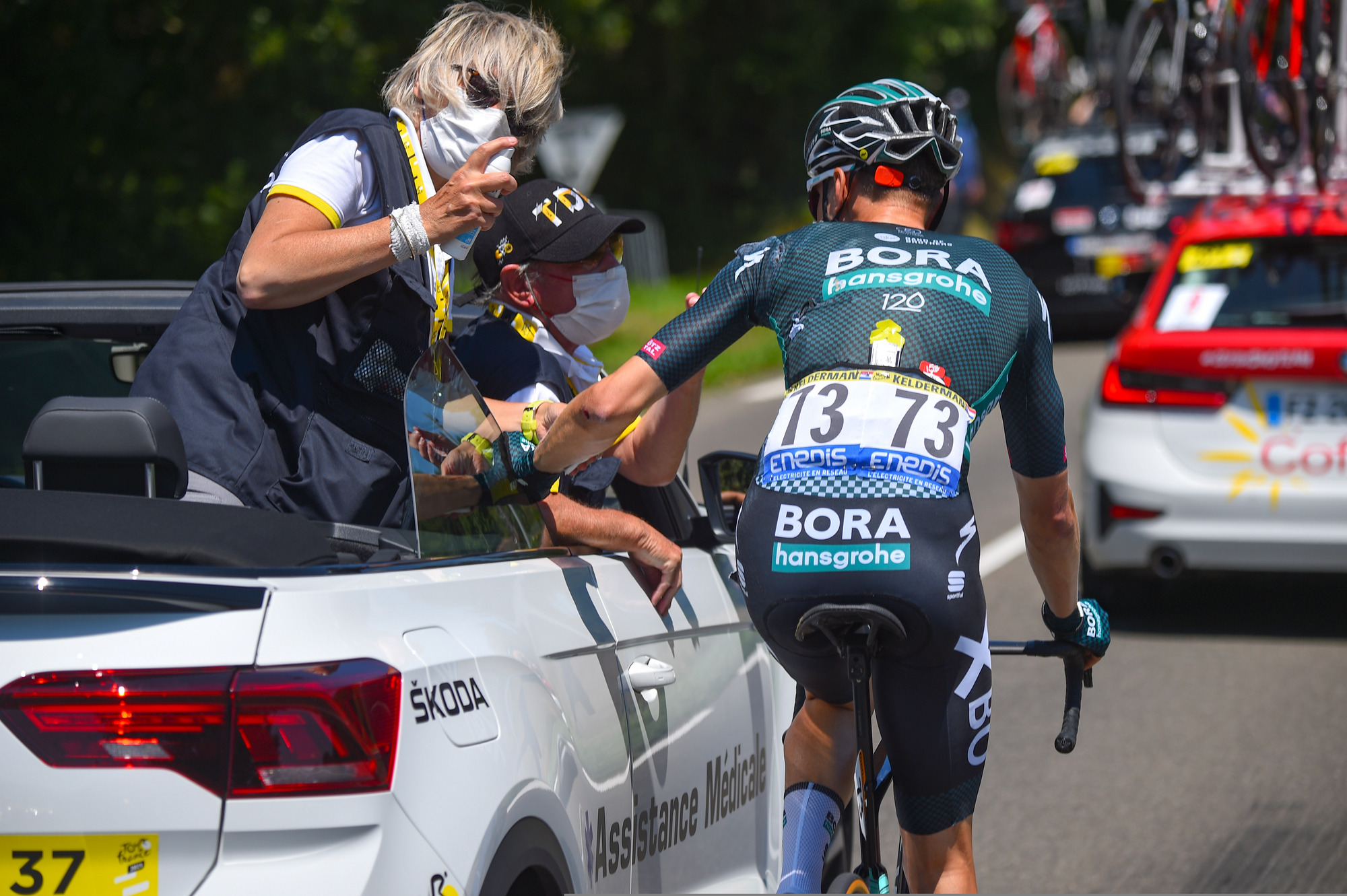 Bora-Hansgrohe were well-placed for the final of the Clasica San Sebastian, with a trio of possible contenders in the main field as the race headed towards the last set of climbs. However, in atrocious weather the team saw their entire race go up smoke when a touch of wheels before the Erlaitz climb saw Wilco Kelderman, Matteo Fabbro and Giovanni Aleotti all hit the deck.

All three riders needed mechanical as well as medical assistance but luckily Kelderman and Aleotti escaped with only minor injuries.

The three riders were able to make it back to their feet, although Fabbro was the last to do so, and would go on to have further medical checks on Saturday night after injuring his foot in the fall.

“Unfortunately we weren’t able to show our best today as our three main riders for a good result crashed out right before the penultimate climb,” director sportif Andre Schulze said after the race.

“Till that point, the team did an amazing job and kept all three of them safe to bring them in the finale with as much energy as possible. But that’s cycling, within a split second all the hard work and our good strategy was gone and our race ended earlier than we hoped as there was nothing left we could do. Now we hope all riders are fine and able to race again tomorrow.”

Neilson Powless (EF Education-Nippo) would go on to edge out Matej Mohoric (Bahrain-Victorious) and Mikkel Honoré (Deceuninck-QuickStep) for the race win with all three of Bora’s crash victims failing to finish.

In fact the German team only had one finisher on the day with Cesare Benedetti taking 75th as the remaining seven riders on the squad all pulled out of the race. All three of the fallers are currently set to race the Circuito de Getxo – Memorial Hermanos Otxoa on Sunday.