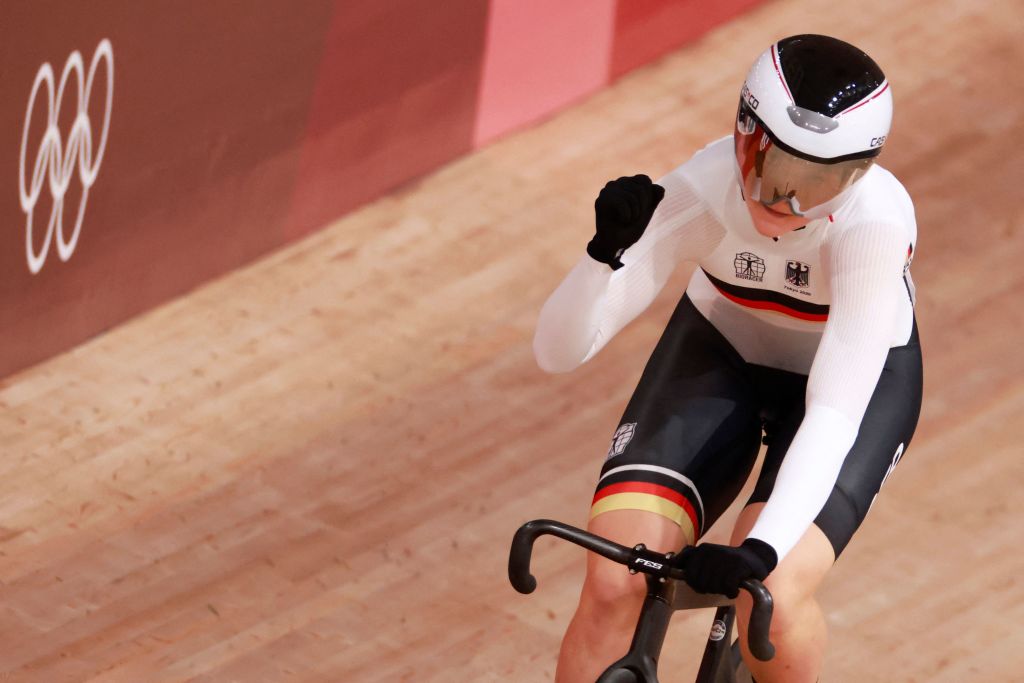 Germany’s Lea Sophie Friedrich  qualified in first place for the women’s sprint at the  Tokyo Olympic Games, setting a new Olympic record for the 200-metre flying start in the process.

The world record was safe though, with the woman who set it in 2019, Canada’s Kelsey Mitchell taking the second best qualifying time while it was another German rider, world champion Emma Hinze, who slotted into third place.

It wasn’t long after the 30 riders set out that we saw the Olympic Record of 10.721 set by Great Britain’s Rebecca James in 2016 at Rio fall. The eighth rider out on the Izu Velodrome Ellesse Andrews of New Zealand set the early mark of 10.563, with the 21 year-old showing that the fast finish that delivered her the Keirin silver on Thursday could also make her a formidable rival in the sprint.

France’s Gros held on for fourth, while Andrews early Olympic Record breaking time left her in 11th place. Katy Marchant of Great Britain, was the last rider to start, slotting into eighth place after having suffered a crash in the quarter final of the Keiren on Thursday. Dutch rider Laurine van Riessen, who Marchant came down with, was out of the competition due to her injuries.

In the qualifying round riders complete a flying 200 metre time-trial, with times taken after two-and-a-half build up laps, with the fastest 24 of the 30 riders qualifying. It also determines the seeding order for the more tactical sprints ahead, starting with the 1/32 finals. The main rounds, excluding the repechages are a 1/16 finals round, 1/8 finals, quarter-finals, semi-finals and finals. These rounds will start later on Friday and during Saturday, with the medals decided on Sunday.

The men’s sprint medals races are to be held later on Friday.