The Magpies are of course currently preparing for the rapidly approaching new Premier League campaign.

After a respectable 12th place last time, the Tyneside supporters were undoubtedly hoping to move towards mid-table next time.

From today’s point of view, however, Steve Bruce and Co. hardly seem to fulfill such ambitions.

Up to this point in the summer, while others in the English top division have decided to inject the money, Newcastle have not received a single signing.

Even Joe Willock, long known as the Magpies number 1 target ahead of next season, right now looks like he’s actually making a return to St. James’ Park.

“The manager has different strengths …”

Transfer inactivity aside, however, the strongest criticism of the often-maligned Newcastle owner Mike Ashley up to this point this summer has surrounded the business magnate’s continued support for manager Steve Bruce.

The English tactician Bruce has long been a divisive figure on Tyneside, with more and more Magpies supporters joining the “Bruce Out” brigade every day.

When one of the club’s star cast members, deliberately or not, questioned his boss’s tactical nous today, it was no surprise when Newcastle believers reacted quickly.

Callum Wilson spoke in an interview with club legend Alan Shearer of The Athletic of the impact of Graeme Jones, who joined St. James as assistant coach in January.

And the ex-Bournemouth man was by no means shy when he admitted that Jones is both “more tactically conscious” and “current” about him than the older Bruce:

“I think Graeme Jones, who joined the coach (in January), definitely complemented the coach because he is a bit more tactical and more up-to-date while the coach has his different strengths and qualities.”

“When you see the results towards the end of the season and the way we were in the games, we had more style and philosophy. That will happen from the start of the season with a good coach who will support the previous coaches. ‘

“I think Graeme Jones as a trainer has definitely complemented the trainer because he is tactically a little more conscious and up-to-date, while the manager has his different strengths and qualities.” Https: / /t.co/ZxGH88xg14

“Bruce is in the back”

And, as noted above, if the subsequent reaction on the part of the Magpies believers is something, then it seems that Wilson’s comments have actually been interpreted as less than subtle criticism of Steve Bruce’s coaching skills.

In the comment section of a social media post that insisted that the hit man Wilson meant no harm, Newcastle’s supporters didn’t take a beating with their responses:

“More tactically conscious and up-to-date” with the clear conclusion that Bruce, as a coach, is behind the times. Maybe it was meant to be an excavation, and maybe it wasn’t. Anyway, what other PL manager could you address this to? I can’t imagine anyone.

Luke, are we reading the same statement?
He questions his tactical knowledge and understanding of the modern game and says the results support this. So if Jones had never come, we would have played in the championship this season with our results.

He literally says that it was good that we hired a new coach because he is more tactically aware than the MANAGER. And he’s also a better coach than the rest of us. Why are you trying to defend Bruce? So much, what does he have about you?

“He’s a bit more tactical and up-to-date”, if that’s not a blow to Bruce …

Funny, when Bruce was asked about Jones’s appointment, he was far from happy about it. If Bruce had brought him he would have sung his praises, he had nothing to do with his appointment and you know it !! 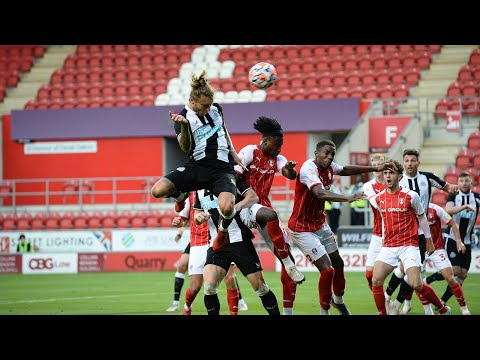