It was the longest 200 metres of her life and also the most painful. Katarina Johnson-Thompson clocked 93 seconds in the fourth event of the heptathlon on Wednesday evening in Tokyo, but only after she suffered an injury to her right calf.

Collapsing to the ground halfway around the bend, she refused help from medics and instead got up to jog with a heavy limp to the finish line.

Initially it appeared that the problem was a recurrence of the left Achilles injury that disrupted her winter’s training but British Athletics confirmed this latest set-back was a calf strain on her other leg.

To add insult to injury, she was then disqualified for leaving her lane. 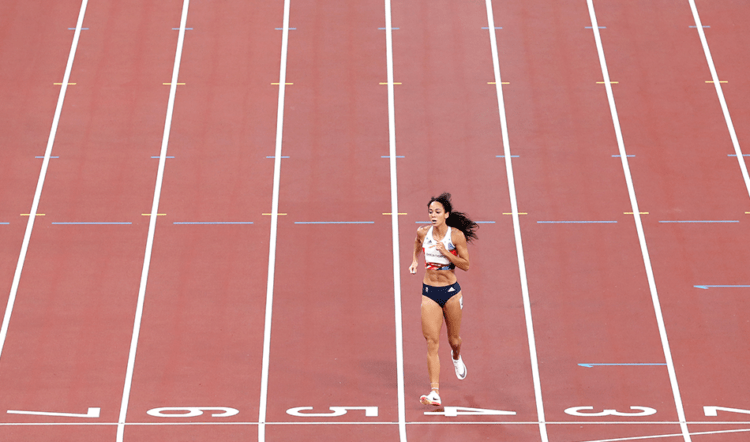 Ironically Olympic champion Nafi Thiam did not run brilliantly either, finishing fifth in her heat in 24.90.

This means Thiam sits in third place overnight with 3921 behind leader Anouk Vetter of the Netherlands, with 3968, and Noor Vidts of Belgium on 3941.

Vidts won Johnson-Thompson’s heat in 23.70 but quickest 200m runner of all was Maria Vicente of Spain, who clocked 23.50 in the final heat, just ahead of Vetter.

Johnson-Thompson’s dream of adding the Olympic title to the world crown she won in Doha in 2019 has ended. The result is also a further blow to the diminishing British medal hopes at these Games.

Earlier Odile Ahouanwanou of Benin threw the furthest mark in the shot put with 15.45m, followed by Vetter with 15.29m, Annie Kunz of the United States with 15.15m and Thiam with 14.82m.

Not usually one of Johnson-Thompson’s strongest events, she threw a safe mark of 11.94m to begin with and followed up with 13.31m. That proved her best mark too as her third and final throw was 12.86m.

For news from the first two events of the day, the 100m hurdles and high jump, CLICK HERE

“It was very hot this morning,” said Thiam, “and it was very difficult for me. I wasn’t feeling well at the beginning. I was better during the high jump because it was later in the day. It’s just the first day so I can do better tomorrow. Anything can happen.”

Vetter, meanwhile, is trying to temper expectations and said: “I’m trying my hardest. I didn’t make any big errors although I had to put on a fight in the final two events today.

“I was kind of shocked when I saw I was on top of the leaderboard because I don’t want there to be high expectations. I’m having fun, a heptathlon takes two days so we’ll see.” 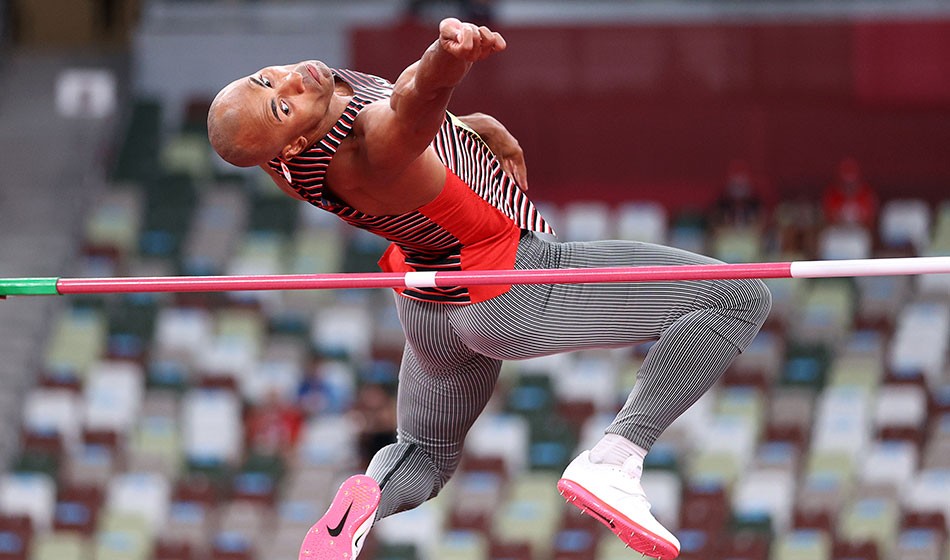 After a morning that included a world decathlon best equalling 100m of 10.12, an Olympic decathlon long jump best of 8.24m and a very solid shot of 14.80m, Damian Warner continued his assault on 9000 points with solid efforts in the evening session in the high jump and 400m.

The Canadian lost a little ground on his world-leading Götzis form from earlier in the year, where he jumped 2.09m as part of his national record score of 8995, as he cleared 2.02m – a mark which moved him on to 3788 points.

Australia’s world junior champion Ashley Moloney, who cleared the joint-best height of 2.11m, moved up to second and closed the gap to just 141 points and he opened up an 80-point margin on Canadian Pierce LePage (1.99m for 3567), with world record-holder Kevin Mayer closing up to the medals with a 2.08m leap for 3540 points.

Germany’s World champion Niklas Kaul, a notoriously slow starter in the decathlon, jumped 2.11m to move up from 17th to 13th on 3380 points.

His PB is a modest 8281 points when winning the Australian title and, at the age of 21, this is his first ever major senior competition. He looks a future world record-holder.

LaPage continued his good form with a 46.92 clocking to strengthen his hold on third position with 4529 points.

USA’s Steven Bastien moved up to fourth with 47.64 to be on 4369 overnight, while Mayer struggled with 50.31 to sit fifth on 4340 points, 382 down on the leader. Kaul failed to finish, though, as both the world heptathlon and decathlon champions saw their Olympic hopes ended on the same day.