British sprinter says it’s “crazy” as she goes No.6 on the UK all-time rankings after brilliant breakthrough semi-final run, while Laura Muir also progresses to 1500m showdown in Tokyo on Wednesday

Eight women broke 50 seconds in the women’s 400m semi-finals and one of them was Britain’s Jodie Williams, who cracked the barrier for the first time in her life to make the Olympic final and rise from No.15 to No.6 on the UK all-time rankings.

The high-quality tone was set in the first heat when Marileidy Paulino set a Dominican Republic record of 49.38 to win from Candice McLeod’s 49.51 as Roxana Gomez and US champion Quanera Hayes also broke 50 seconds, the latter two qualifying as the fastest losers for Friday’s final.

Defending champion Shaunae Miller-Uibo looked strong, winning semi-final two in 49.60, with Williams chasing behind in 49.97, improving her PB of 50.94 by a huge chunk. Very much like Katharine Merry, Williams is a childhood prodigy who is eventually finding her niche over 400m, ironically at a similar age that Merry was when she won Olympic bronze at the Sydney Games.

Stephenie Ann McPherson of Jamaica won the third semi-final in 49.34 from Allyson Felix, the American clocking 49.89. 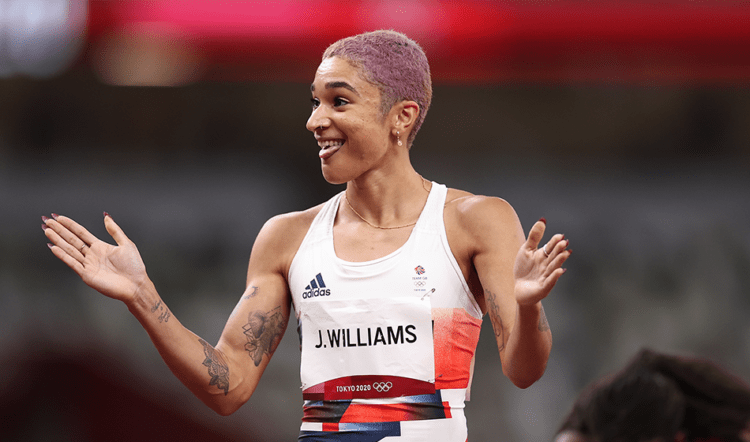 Williams said: “I’m so happy. It’s just sinking in when I was walking just then and I started crying! It’s been such a long journey and I needed to come here and make that final and I’m glad I’ve got that first part done. That’s the hardest part and, being in that final, anything can happen so you’ve got to be there to challenge for medals.”

On breaking 50 seconds, the 27-year-old added: “It’s crazy because three weeks ago I broke 51 for the first time. When I saw that first heat I saw all of those girls go 49 and I was like ‘you have no choice now’ and I ran for my life.

“It’s my first year running 400s. Before this year I’d only done four 400s so I took a risk on myself, bet on myself, backed myself to come here and get the job done at the risk of not doing my favourite event – the 200m – so I’m so glad I did that and put myself up there.

“I knew my potential over the 400m was something I could challenge for medals in, if I executed. The 200m, I haven’t managed to express myself properly in that event and I was getting frustrated.  I just feel back to my old self. I used to come to champs and dominate heats and PB. I’m a championship performer and I feel so good to finally feel back to me!”

Her team-mate Pipi said: “This is my biggest competition and it’s the Olympic Games and it puts into perspective a lot of the things I need to do in training over the years to be hopefully back again in Paris. Now I’m going to focus on the relay and hopefully bring back a medal.”

As for Miller-Uibo, she said: “I have been going through a lot of injuries these past three days. I grabbed my hamstring on the bend yesterday, but it released up and it’s good. But I hurt my knee.

“We are battling through a lot right now, but we are getting through it. We have a day off, so hope to get some treatment and be ready for the finals. Once we are good and healthy, I think we are going to put on a great time in the finals.” 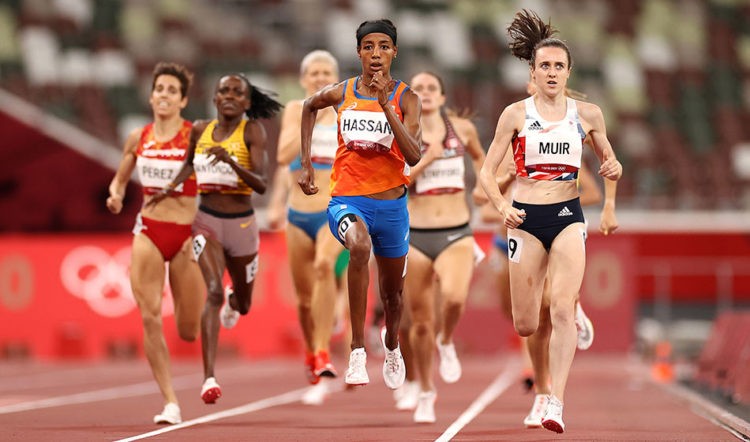 In the history of the Olympic women’s 1500m, the fastest heat had been 4:01.03 but, extraordinarily, nine athletes bettered that mark in the semi-finals.

The previous fastest non-qualifying mark, including the World Championships, had been 4:03.60 and four athletes went faster in the two semis but failed to qualify. They included Britain’s Katie Snowden, though the new unwanted record holder is Canadian Lucia Stafford, who ran 4:02.12 in finishing sixth in the second semi-final.

Defending champion Faith Kipyegon eased past on the last lap (which she covered in 60.6) to win in a quite remarkable 3:56.80, a time only bettered in three of the 12 Olympic finals.

Elinor Purrier St.Pierre (4:01.00) and Kristiina Maki (Czech record 4:01.23) were some way back but, having run so fast, looked good bets for fastest losers spots.

The Briton just missed her PB, set in the heats, and struggled a little on the last lap after such a fast pace, running 65.3 for her final circuit in finishing ninth. She had been slightly affected by an earlier fall in which Cory McGee and Winny Chebet had hit the floor around halfway.

The second heat was not quite at the same pace but did mean athletes were fresher on the last lap.

The European champion was ahead as they hit the straight but did not put up too much of a fight as 5000m champion Sifan Hassan eased by to win in 4:00.23.

The Dutch athlete had seemingly been disinterested on the opening laps and was 13th at 400m in 67.0 and at 800m in 2:13.3. Again she was to be found running deep in the pack, a tactic which had led to her falling heavily in her heat. Hassan ran a 59.3 last circuit compared to Muir’s 60.4.

Emily Borthwick launches fund-raising page in memory of her brother

Lakers star LeBron James out vs. Kings due to health and safety protocols