Spread the love
HomeCyclingJet lag and sleepless nights are not any impediment for Van Vleuten...
Cycling 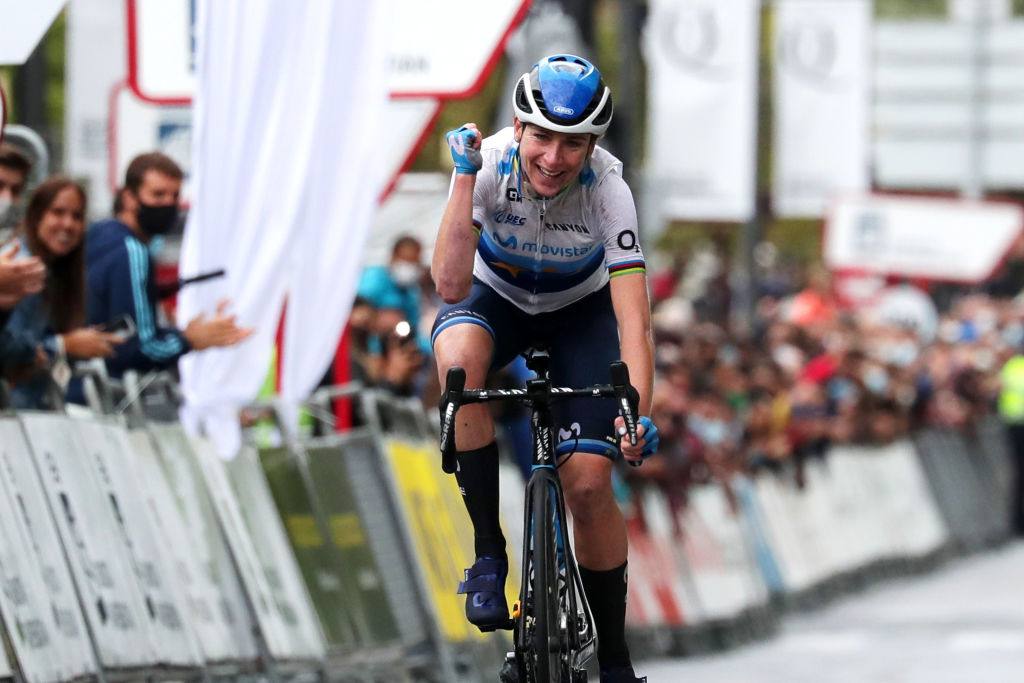 Annemiek van Vleuten (Movistar Women) put aside jet lag and several sleepless nights to win the Donostia San Sebastian Klasikoa with a stinging attack inside the final 10km of the race.

The Dutch rider was one of just a handful of riders on the start line in Spain after competing in the Tokyo Olympic Games where she picked up a silver in the road race Sunday and a gold medal in the time trial on Wednesday. With just a short window for travel, the Movistar rider arrived in Spain just two days ago but she put her dominant form to good measure with her winning move made on the final climb of the Murgil-Tontorra.

She blew by lone leader Audrey Cordon-Ragot (Trek-Segafredo) before holding off the French rider’s teammate Ruth Winder to take her first win in the race.

“I was so tired and jet-lagged, I couldn’t sleep much during the last two days, but with my team working so hard, I really had to do my best to finish it off,” Van Vleuten said at the finish.

The veteran rider also praised her teammates in the race after they kept a number of early breaks and moves in check. Gloria Rodríguez, Sara Martín, Alicia González, Lourdes Oyarbide, and Jelena Erić worked tirelessly to limit the break of six to just under two minutes on the road before Martin made a huge effort to close the gap for Van Vleuten to make her winning move.

“More than a win by me, it’s more of an amazing victory from the whole Movistar Team. The girls showed what we’re made of, and I’m so proud of their professional, committed work today. We stayed composed after that dangerous breakaway went at Jaizkibel, we came back together after the climb and did things right to bring them to a reachable distance,” said Van Vleuten.