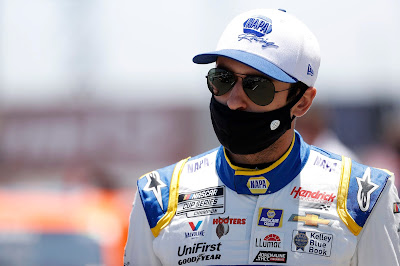 When it comes to road racing in the NASCAR Cup Series, Hendrick Motorsport’s driver Chase Elliott is instantly mentioned as one of the favorites to watch, and with good reason. Elliott has won six of the last seven road course races the NASCAR Cup Series has competed at; including the most recent at Road America a few weeks ago.

Seven of the 2020 series champion’s 13 career Cup wins have come on road courses – Watkins Glen 2018, 2019; Charlotte ROVAL 2019, 2020; Daytona Road Course 2020; Circuit of The Americas 2021; Road America 2021. Now Elliott returns to Watkins Glen International where he has won the last two series events held at the track and is looking to get his third straight this weekend.

If Elliott were to win this weekend at Watkins Glen, he would break the tie with Kyle Busch for the most wins at the 2.45-mile track among active drivers and would become the third different driver in series history to win three consecutive races at Watkins Glen joining NASCAR Hall of Famers Mark Martin (1993, ’94, ‘95) and Jeff Gordon (1997, ’98, ‘99).

The 25-year-old from Dawsonville, Georgia has made four series starts at Watkins Glen International posting two wins (2018, 2019) and an average finish of 7.0.

Why to fully ignore the playoff lower line