HomeCyclingEllingworth: If Thomas has an enormous deal we’re unlikely to match it
Cycling

Ellingworth: If Thomas has an enormous deal we’re unlikely to match it 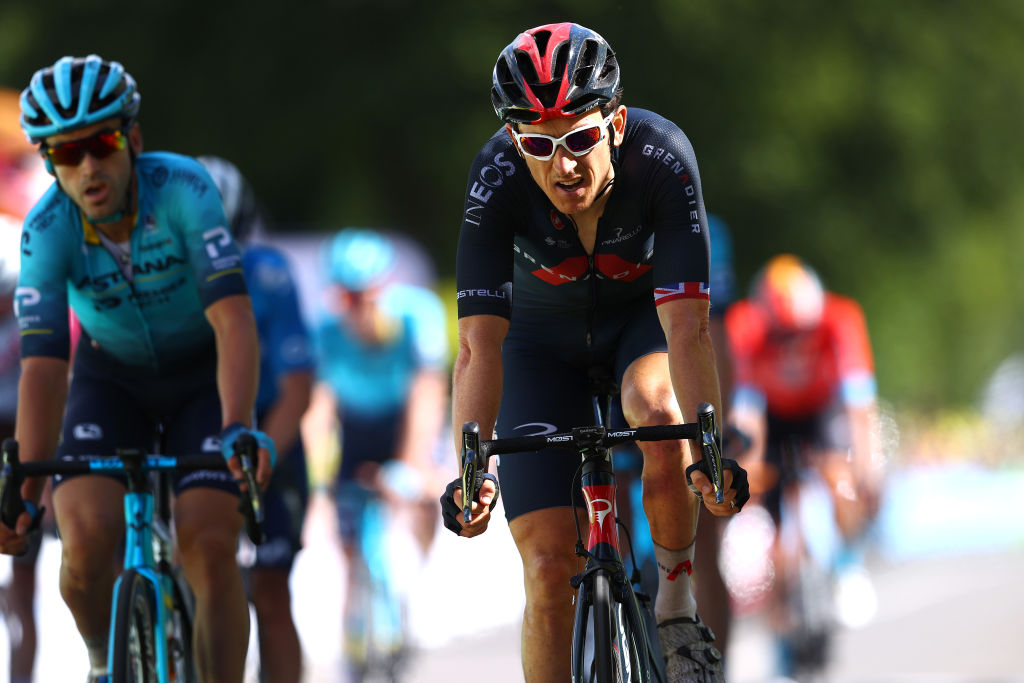 The transfer season is in full flow with a flurry of big-name signings already having been announced, but for Ineos Grenadiers the situation appears to be one of relative calm, despite the high number of riders still out of contract on the team. There are a number of contract discussions still going on with Geraint Thomas, Gianni Moscon and several U23 riders, with offers on the table for next season.

Top of the list is Thomas, who after a disappointing summer finds himself slipping down the GC pecking order at the team. Despite a successful opening few months of the season, the Welshman failed to make a significant impact at either the Tour de France or the Olympic Games, with crashes denting his ambitions. Cyclingnews understands that Ineos has put an offer in front of the former Tour winner but that the terms are lower than the last time Thomas was out of contract.

Director of Racing Rod Ellingworth would not discuss the particulars of the situation but he did stress that the decision was now up to Thomas, and that Ineos were unlikely to enter in a bidding war if their offer was trumped by a rival team.

“It’s still ongoing and the ball is in his court,” Ellingworth told Cyclingnews.

“There are conversations going on and I’ve tried to give him personal support, especially after the difficult time that he’s had but we’re talking to him and it’s ongoing, but if there’s massive offer then there’s no way we’d be able to keep him. We just need to be realistic.

“There’s quite a lot going on around rider recruitment, and not just for next year but also for the coming years after that. There are a few areas for us to work on.”

In terms of the long-term future of the team, the acquisition of Luke Plapp represents a major stepping stone with the young Australian snapped up at the start of the season on a three-year contract worth more than €1 million. With Ethan Hayter and Tom Pidcock are also tied to the team, the future looks reasonably bright for the British squad but they do not appear ready to rest on their laurels with a gaggle of other young talent under their gaze.

Although Ellingworth would not discuss the finer details, Cyclingnews has learned that in the last few months both Ben Healy and Thomas Gloag have attended training camps with Ineos Grenadiers. Both riders are currently on the books of Andrew McQuaid and Trinity Racing – the same agency that looks after the likes of Thomas, Richie Porte, and Rohan Dennis. While Healy and Gloag are not yet in a position to be confirmed as Ineos riders, the team’s interest alone represents proof that they are on the market for young, fresh talent.

There are still question marks over a number of riders on the existing roster, however. Moscon has been linked with a move to QuickStep but like Thomas, he is also still at the negotiation table with Ineos management. The team believes that the Italian wants to stay but price seems to be a driving factor for a rider who has yet to reach the potential he once promised and who comes with a rap sheet to boot.

As Cyclingnews previously reported, those heading for the exit door include Sebastian Henao, Owain Doull and Ivan Sosa, with Cameron Wurf and Michal Gołaś set to both retire from the sport. Ben Swift and Jhonatan Narváez – despite previous links to other teams – are set to stay but there have also been talks about the team building a fully-fledged mountain bike wing around Pidcock.

Those rumours have been circulating for months with agents apparently being approached for both male and female talent, but the chances of the project moving forward in 2022 are slim to nil at this stage. Although Pidcock will continue with his off-road habits next season, his primary focus will be on the road.

NASCAR notables to sign autographs at benefit for children