HomeCyclingDowsett ready for lead out role in 'stressful' contract year at Israel...
Cycling 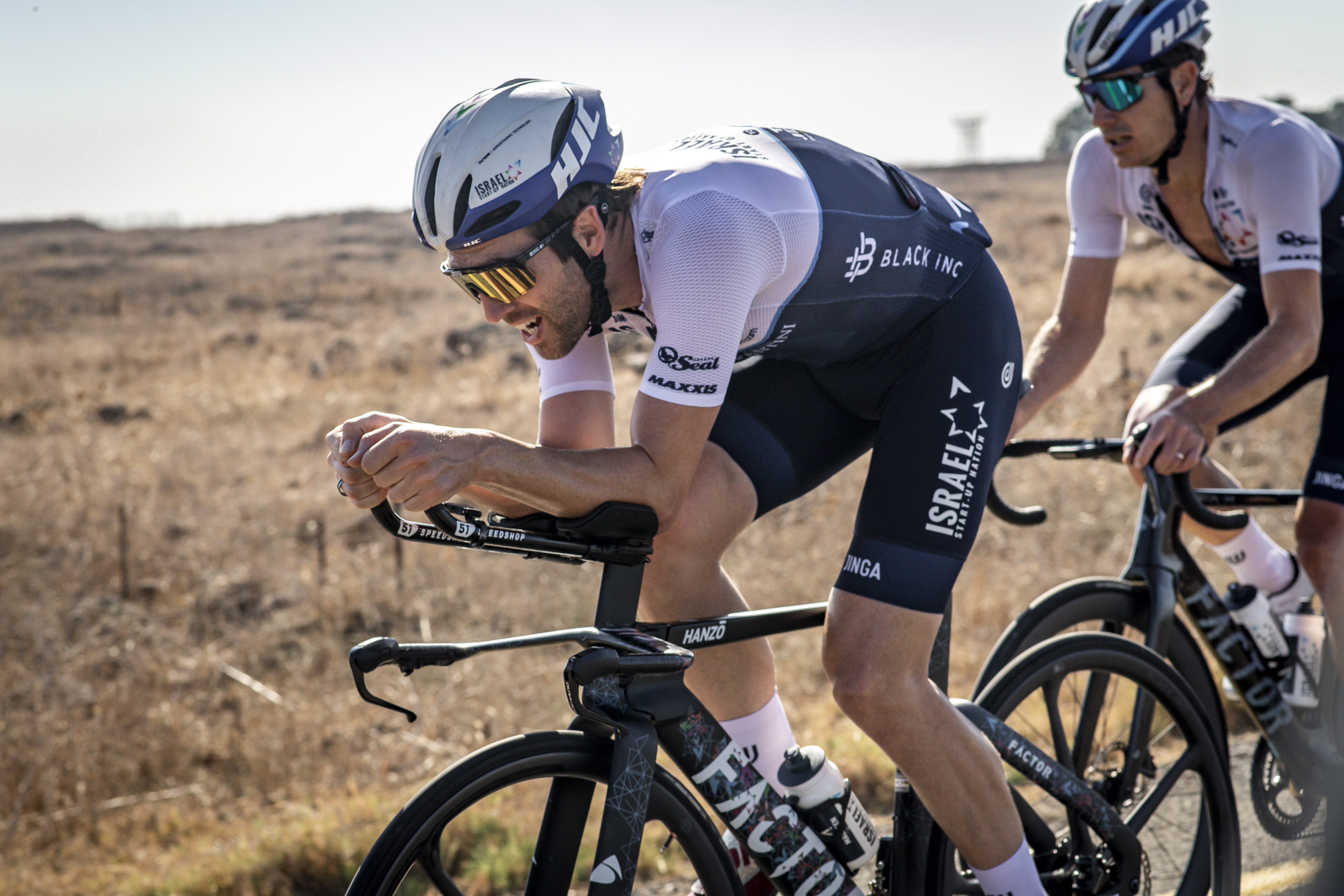 Alex Dowsett will have a key role in the Israel Start-Up Nation lead out train for newly acquired sprinter Giacomo Nizzolo in 2022, as he heads into his 12th season in the peloton, which is also a contract year for the British rider.

Dowsett told Cyclingnews that he is ready for possibly hanging up his bike next winter but he hopes to continue racing.

“It’ll be a contract year so it’s always a bit more stressful than other years. I’ll try to not let that affect the racing in a negative way,” Dowsett told Cyclingnews at Israel Start-Up Nation’s post-season camp in Israel earlier this month.

“The way the markets going as well, with young rider being more fashionable now, it could be done and dusted at the end of next year. I’ll be 34 and I’d be okay with that. I’d quite like to eke out another year or two after that but cycling is always changing and evolving, and you’ve got to roll with it.

“I think the tide will turn and teams realise that experience counts for a lot as well large watts per kilo and functional threshold power – simple numbers don’t always win bike races.”

Dowsett is a six-time national time trial champion and double Giro d’Italia stage winner. He turned professional with Team Sky in 2011 and has ridden for Movistar and Katusha, using his time skills in a variety of roles as he gained years of experience at WorldTour level. He attempted to beat Victor Campenaert’s Hour Record in early November but his distance of 54.555 kilometres was only the third best distance in the modern history of the Hour Record.

He plans to make the most of his experience as he focuses on leading-out Nizzolo next season, lining up with Rick Zabel and Matthias Brändle again after the trio worked with the now-retired André Greipel in 2021.

Dowsett said that, going forward he feels “better served” working in support of a sprinter.

“Lead-outs,” was his simple answer when asked about his 2022 aims.

“It’s exciting because I think we’ve consistently had a solid lead out train, and we know Giacomo can win races. He said he’s never had a full committed lead out train.

“There’s not too many left in the peloton actually: FDJ have a good train and when QuickStep do one they’re good, or maybe they’re not because they’ve just got Mørkøv and maybe that’s enough, and then Alpecin as well.

“I really enjoy the lead out train. I get labelled as a time trialist a lot, and I love the time trial. It’s just an aspect of cycling I really enjoy, but I feel like I’m better served in a lead out train. I would by no means say I’ve parked the time trialling at all – I want to enjoy that, and we’ve got a new bike with Factor which is very competitive if not one of the fastest around now.

“We’re constantly developing that aspect, and I like that aspect, the process of trying to make myself and a lot of my teammates go faster. I’m heavily involved with a lot of the other guys and their time trialling. Last year in Girona I did 12 time trial bike fits and I get a lot of pleasure from that.”

Dowsett heads into 2022 coming off what was, in his own words a “not great” season in 2021, which saw him enjoy a good early spring before peaking too early for the Giro d’Italia and then suffering several spells of illness, and also missing the British selection for the Tokyo Olympics.

Next season, he, Nizzolo and his lead-out companions will be looking to hit the ground running as the group get to know each other and gel ahead of the sprinter’s big goals of the year.

Dowsett, while talking through the roles involved in a successful lead-out and noting that he’s keeping an eye on neo-pro Corbin Strong for a possible role in the train, said that gaining trust in one another during the hectic surroundings of a sprint finish will be key.

“The first few races will be important. I think we have to be willing to lose some races to win races, to gain trust,” he explained.

“For Giacomo to find trust on Rick’s wheel and trust that, while at two kilometres to go it might seem like it’s going wrong but that it won’t be going wrong at 500 metres to go. He has to have an instinct to have that faith in Rick, me and Matthias to just follow the wheel and to be guided to an extent.

“You guide from behind. I’m responsible for knowing that Rick’s with me and I’m also responsible for knowing when Matthias is on his absolute limit when you’re probably not going to be making the right decisions on whether to go left or right, so making sure I can make those decisions for him and then Rick will do the same for me, like when to ease back or accelerate and empty the tank.

“Those early sprint races will be important for that, in order to be very cohesive together, gain that trust in each other, and then win.”

The start of next season – and those early experimental races – is some way away yet, and the end of the season is still longer.

It remains to be seen if Dowsett will still be a pro rider this time next year, but the thought of a post-race career isn’t something he has planned out just yet. That hasn’t stopped him from kicking around several ideas in his head.

“I thought I did [have a future plan] but I kind of don’t. I wish I did. I wish I knew exactly what I wanted to do,” Dowsett said.

“Sometimes I wake up and think I want to do something where I don’t have anything to do with cycling, like getting a job in the city.

“But then actually I really enjoy helping other riders go fast, so it’d make sense to do that. Something with youngsters. I’d love Axel Merckx’s job, running the Hagens Berman Axeon team with plucky under 23s trying to make it. That’d be a lot of fun – I think, I mean it might be a nightmare, but just looking at it from the outside, the grass is greener stuff.

“I think the obvious thing is for people to either be a directeur sportif or a commentator. I don’t think I understand road racing as well as people might think. In commentary there are a lot of good commentators there, so it’s a saturated market. I’ve done little bits quite a long time ago.

“So, to answer the question, I’m not entirely sure. It’s quite scary but I think I’ve carved out enough of a reputation within the cycling world to be useful to someone for something. If not, just set something up myself and help time trialists go a bit faster would be an area I think I could do.”