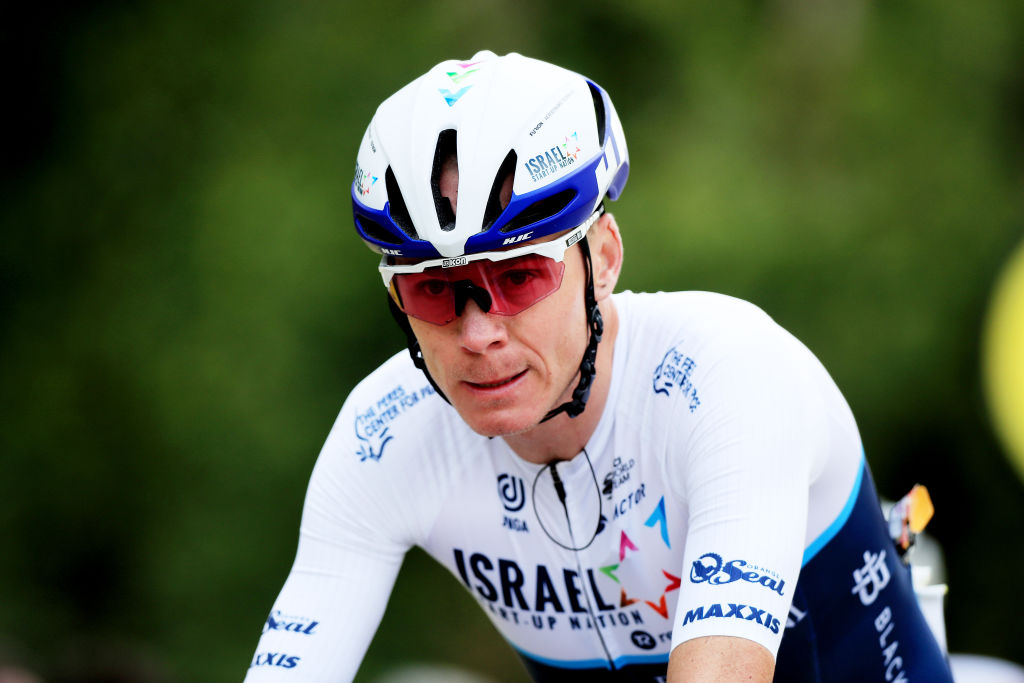 Chris Froome (Israel Start-Up Nation) will not race the Vuelta a España due to a previous illness and will instead focus on a number of shorter stage races and one-day events. The British rider, and two-time Vuelta winner, had initially considered riding the Spanish three-week race in order to prepare for the 2022 season and improve his current form.

Froome’s revised race schedule has yet to be announced but Cyclingnews has learned that it will contain the Tour of Germany and Il Lombardia – the last race of his campaign. Froome raced the Tour de France in July as Israel Start-Up Nation’s road captain and finished 133rd overall in Paris.

After a career-threatening crash at the 2019 Critérium du Dauphiné left him with a series of fractures, he is still searching for the form that saw him win four Tour de France titles between 2013 and 2017. He returned to competition last year and rode the Vuelta in support of Richard Carapaz before making the switch from Ineos Grenadiers to Israel Start-Up Nation on a long-term contract.

In 2021 he has raced consistently, with six stage races – including the Tour de France – on his programme. Missing the Vuelta this year is partly down to the fact that he has been unable to fully train since the Tour de France with several rounds of medical tests to determine the nature of his health issues. The health issues, related to his gut, have now been resolved and the 36-year-old is now back in training.

However with just over a week until the Vuelta starts, a decision was made to skip the race.

“I’m starting to feel myself again, and don’t want to rush into another Grand Tour not feeling fully prepared. I’m looking forward to the rest of the season having resolved the problems that have been hindering me this year,” Froome told Cyclingnews.

Along with the Tour of Germany and Il Lombardia, Froome will also race the Tour of Slovakia, Giro di Sicilia, and Coppa Agostini.