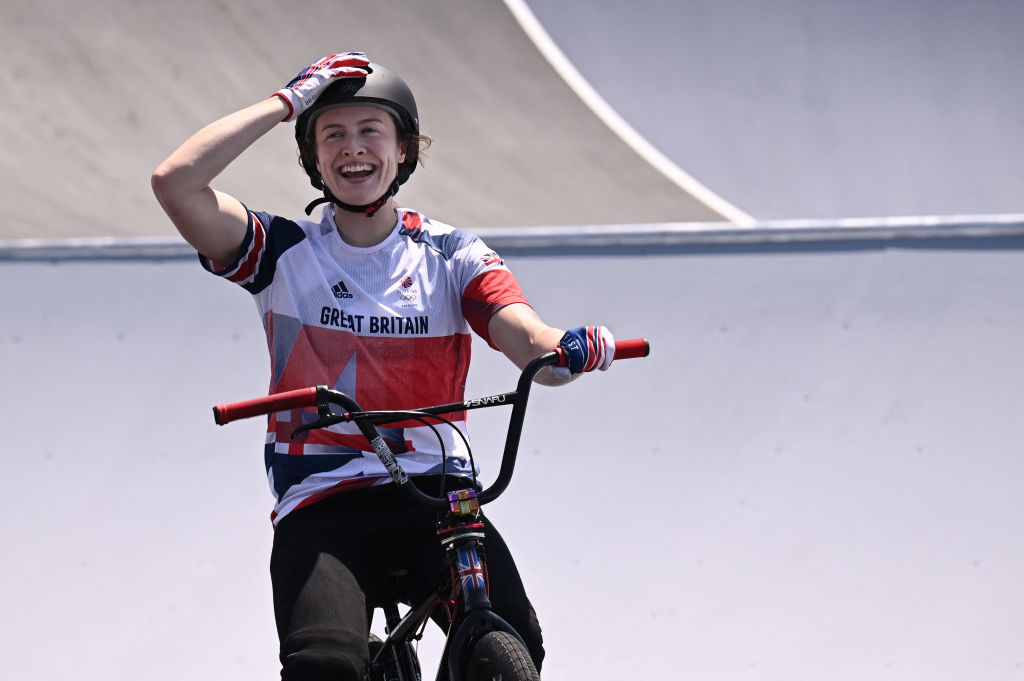 Charlotte Worthington of Great Britain has taken out the first ever BMX Freestyle Olympic gold medal, delivering a women’s competition first as she pulled off a backflip 360 on her second attempt.

The three-time world champion from the USA, Hannah Roberts, had looked almost unbeatable after the first run, delivering a well-executed trick filled minute that scored an impressive score of 96.10. Worthington of Great Britain, though, showed that she had the potential to give that score a nudge if all went to plan. She came unstuck in her first run in the finals at the Ariake Urban Sports Park falling as she attempted to deliver a backflip followed with a backflip 360, a trick not seen before in the women’s competition.

The rider from Great Britain, however, again went for broke and pulled it off in the second run, and added in a front flip near the end for good measure, setting a huge score of 97.5 for Roberts to beat.

The 25 year old from Manchester said she’s not quite sure how she managed to pull together such a spectacular run after her initial fall.

“I just tried to take it one trick at a time,” said Worthington after winning the event in its first ever appearance at the Olympic Games. “It was tough to get back up there after falling on my first run.

“You start to think, ‘Oh, what if this isn’t it? What if I’ve not got it’? But you’ve got to just keep telling yourself that you do.”

After Worthington had completed her history making second run, the rider for the United States, who was the top qualifier, still had a second attempt left to try and beat that high bar and deliver a gold medal winning score.

Things, however, didn’t go to plan for Roberts, who made a mistake early and quickly conceded that it would be the silver medal for her. Switzerland secured the bronze medal, with Nikita Ducarroz scoring 89.20 in her first run, enough to hold off the second competitor from the United States, Perris Benegas while Australia’s Natalya Diehm placed fifth.

The gold medal from Worthington is Great Britain’s third from cycling, with Beth Shriever taking out the women’s BMX Racing and Tom Pidcock the men’s cross-county mountain biking. Kye Whyte also took out silver in the men’s BMX racing.

“I’m over the moon,” said Worthington. “I’m still sitting here waiting to wake up. I’ve been thinking about this day for the past three or four years, just going in and out of thinking I can, or I can’t do it.

“I’m literally waiting to wake up right now. It feels like a dream.”

Editor’s Decide – Audley Harrison: ‘I used to be like superman in my thoughts. However I hit a wall and did not obtain what...