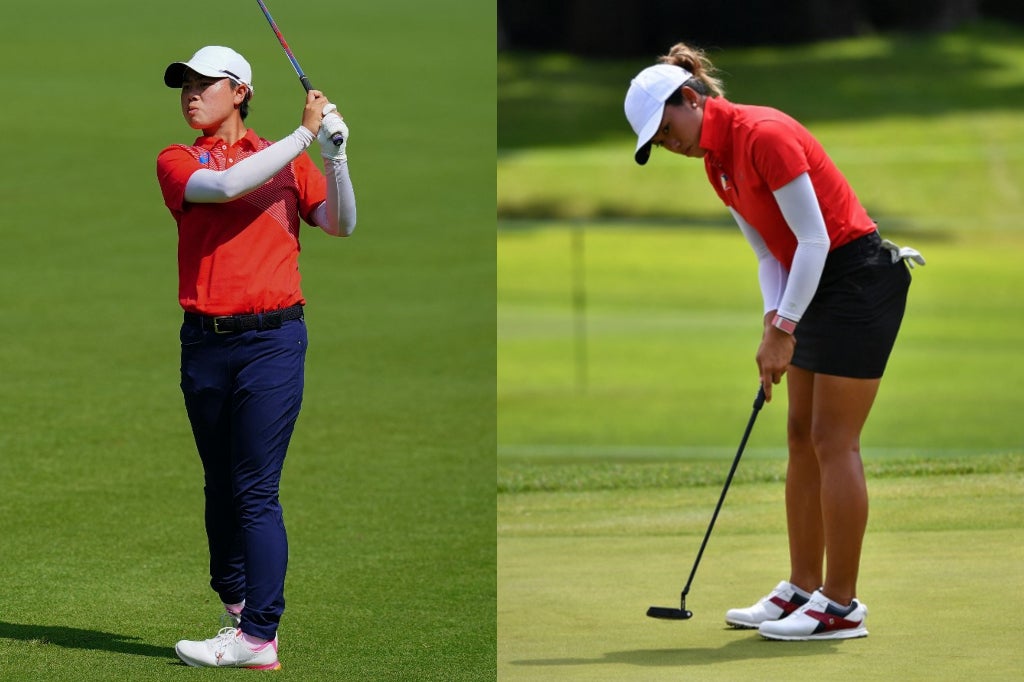 Filipino golfers Yuka Saso and Bianca Pagdanganan during round 1 of women’s individual golf in the Tokyo Olympics. AFP PHOTOS

MANILA, Philippines—Bianca Pagdanganan fired a 2-under -par 69 to stay within three strokes of the lead the the start of women’s individual golf competition of the Tokyo Olympics at Kasumigaseki Country Club Wednesday.

After briefly taking the lead, Pagdanganan kept her pace steadied but several low scores pass her and settled for a tie for eighth place.

“I think my run today was pretty good. I put myself in a good position even if I think I left a couple of shots out there, so the bogeys that I had I felt like could’ve been avoided,” Pagdanganan told Inquirer Golf. Philippines’ Bianca Pagdanganan watches her drive from the 1st tee in round 1 of the women’s golf individual stroke play during the Tokyo 2020 Olympic Games at the Kasumigaseki Country Club in Kawagoe on August 4, 2021. (Photo by YOSHI IWAMOTO / AFP)

Saso, the reigning women’s US Women’s Open champion, struggled in her Olympic debut and wound up at 48th following a three-over 74.

“My run today was obviously not really good. But hopefully tomorrow I can get back and play better,” Saso also told Inquirer Golf.

The United States’ Nelly Korda and India’s Aditi Ashok came in a stroke behind for a 4-under-par 67.

Round 2 of the women’s golf competition is on Thursday with Pagdanganan’s tee time at 6:52 am (Manila time) and Saso starting at 7:25 am.

Patrick Mahomes takes blame for Chiefs’ offensive struggles vs. Titans: ‘At the moment it was in all probability me’